We assisted Vodafone along with Mischief PR to complete the UK’s first ever drone delivery over a mobile network. Traditional drones are flown using a radio link with the drone in line of sight but using a mobile network instead could allow drops to remote or distant destinations.

The strength of Vodafone’s 4G network allowed the specially adapted drone to fly to one of the most southerly points of the UK and bring cheer to the remote coast watch in Portland Bill, Dorset. The Watch Keepers, who are all volunteers, keep the coast safe 365 days a year. Here at the Drone Company we designed and flew an aircraft for Vodafone that can be operated over their 4G network.

We were involved in all the design and concept formulation through to the final output. 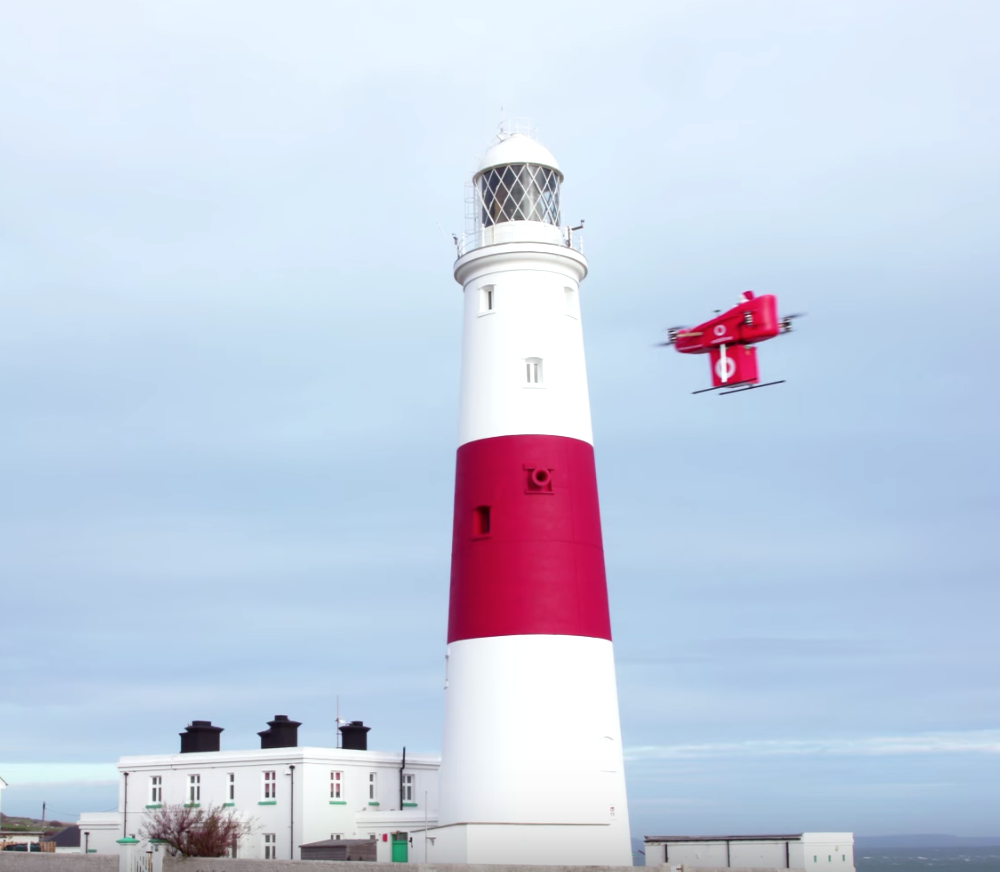 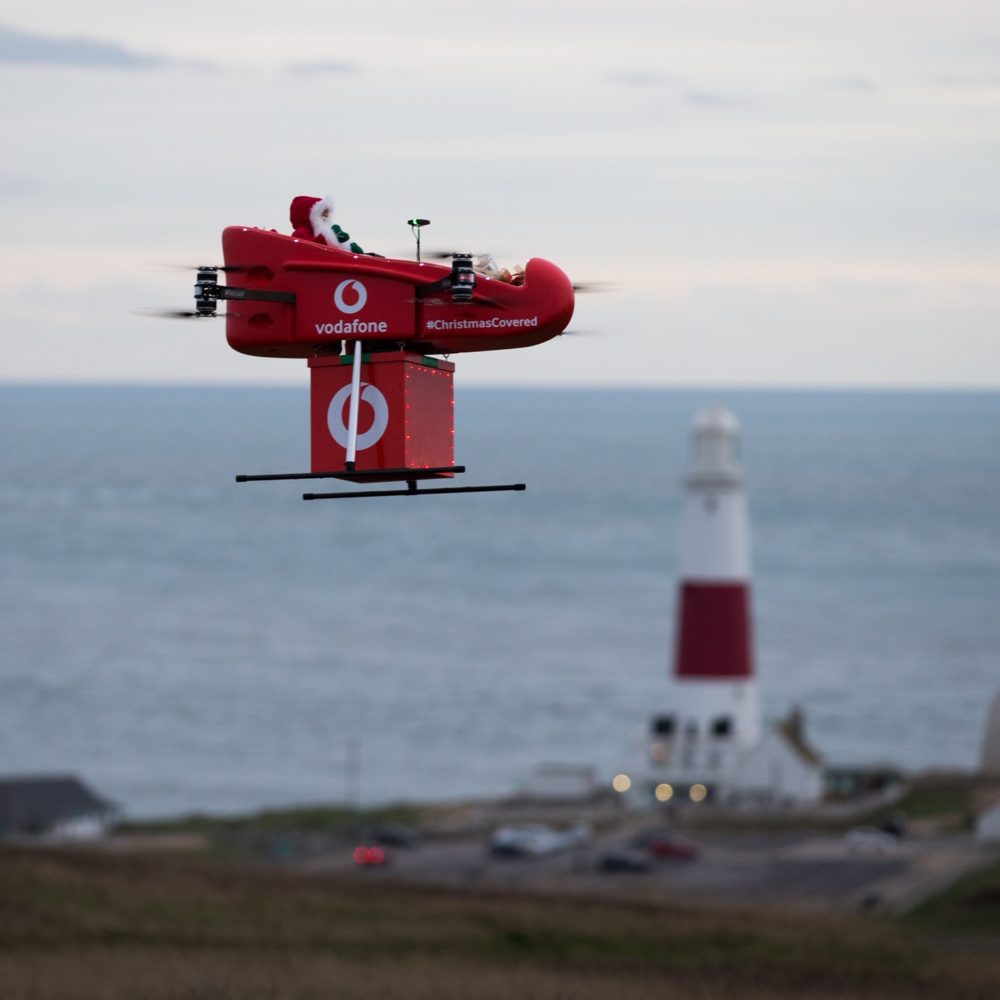 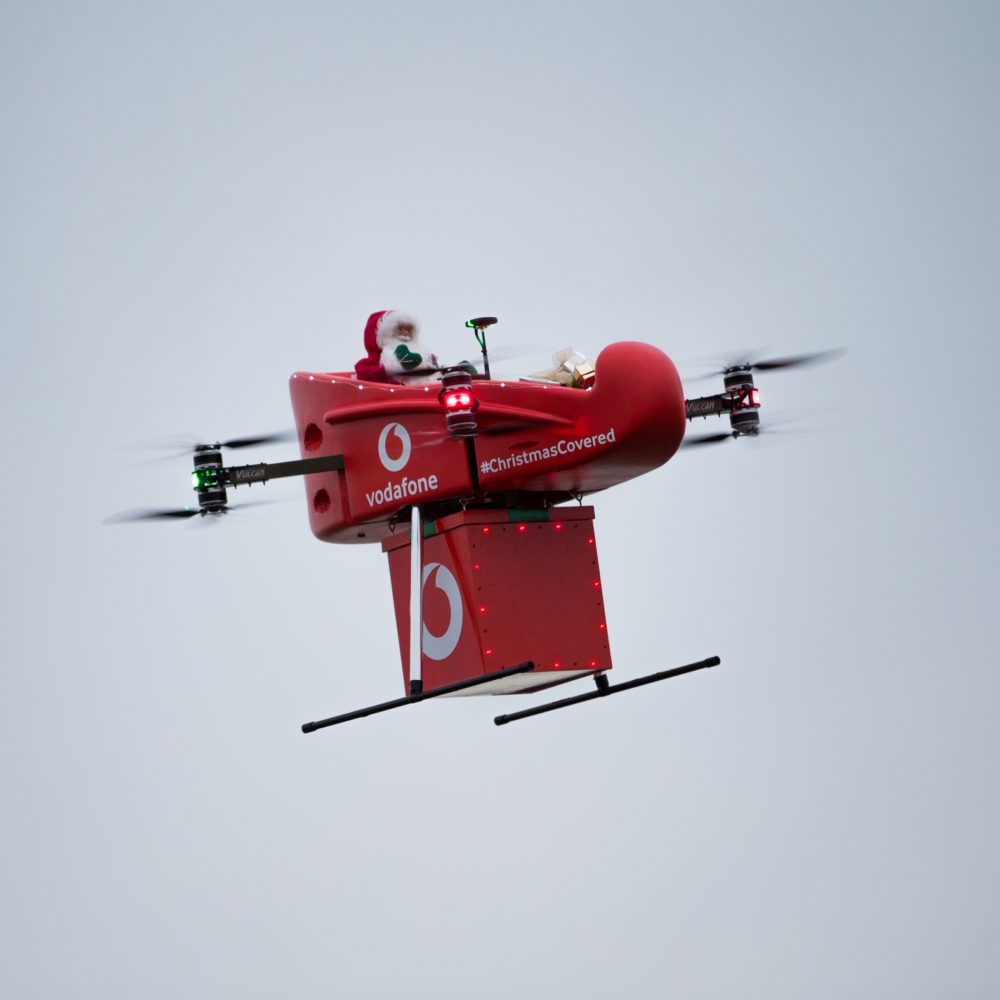 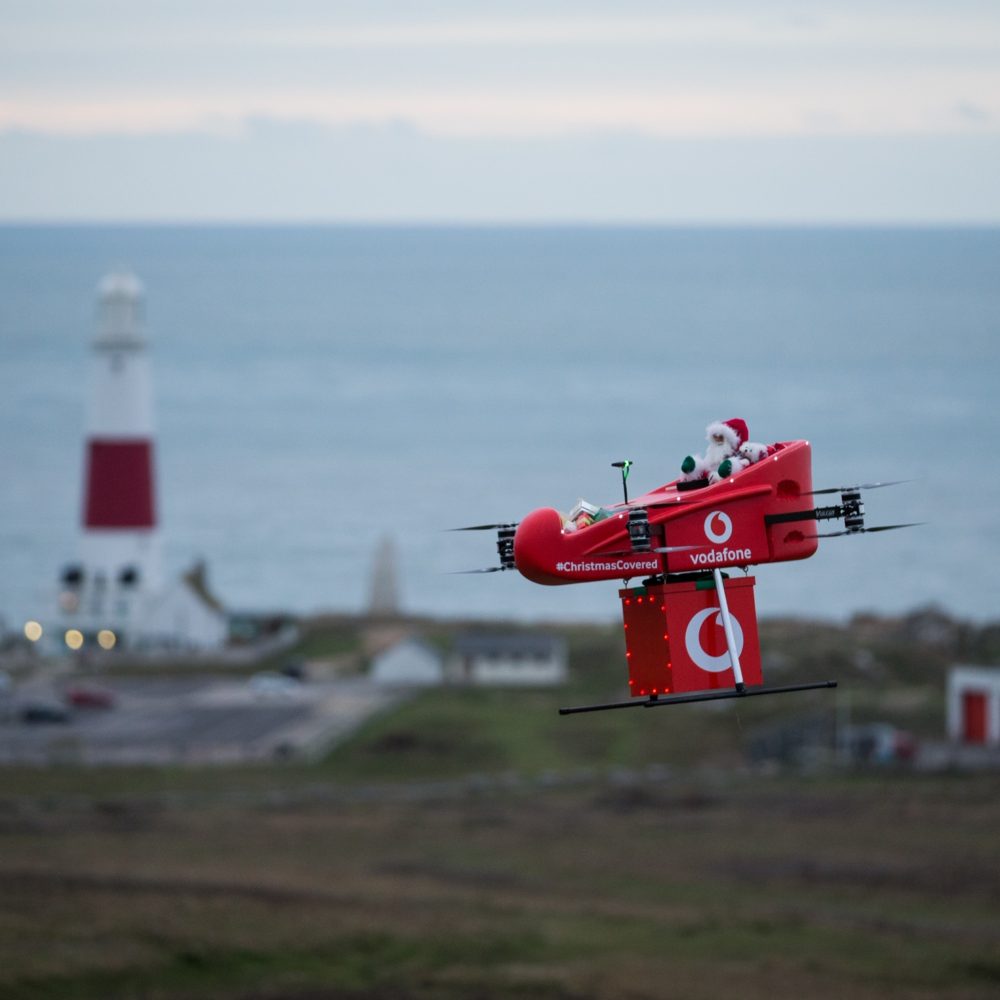